I just had this super random memory from nowhere and looking back, it’s both stupid and funny so here’s a record.

It was English class (obviously my favourite, along with Literature) when I was in Secondary 3 or 4. We just had a change of teachers so it was this new guy instead of the usual female who’s biased towards me and always giving me high marks.

So this new teacher handed back our essays and I got only a 20/30 which is actually very low to me. Clearly indignant, I went up to him afterwards to ask why or maybe because he wrote ‘see me’ on my paper. Then he said my essay was too lengthy for a regular compo and that I use too many irrelevant descriptions that don’t help the plot at all (I was into fiction at that time and not writing simple English for news like now).

Yes I see his point, but I really couldn’t accept a 20/30 when I normally score high marks. I don’t know how but I managed to convince him to re-grade me without considering the length. I think I said I obviously wouldn’t write such a long piece for exams when there’s limited time and he eventually gave me 25/30 so I was thrilled.

Anyway one of my classmates found out what happened and stupidly told the whole class. Can’t really recall what happened next but I think people started criticising me (naturally, people would be pissed la come to think of it cos 5 marks is a big difference) and I got very very upset. I know I cried, though I’m not sure privately or openly.

Kinda had a falling out with that big-mouthed classmate who was actually quite a good guy friend prior to the drama hahaha but we are civil now.

I was already having quite a hard time because we were sorted accordingly to our proficiency in the subject so I was in the same class as people who were just as good at English, if not better. I remember writing in my journal (a proper book, not a blog!) how stressed and pressured I felt by the competition. 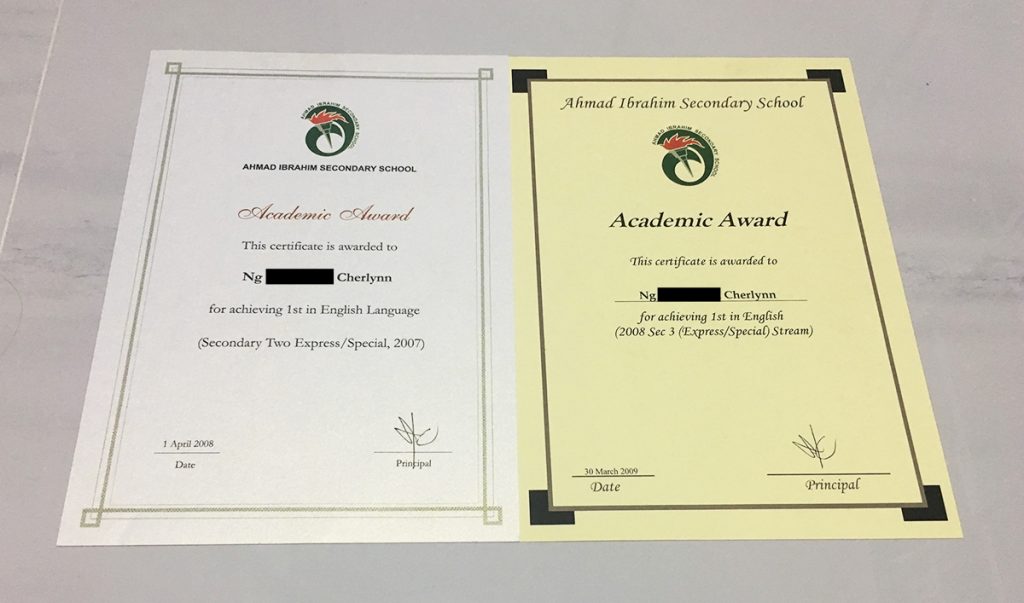 It’s like I have always been the best in the cohort for English, which everyone knows, but suddenly I felt so threatened and like I had so much to live up to, especially when I thought about how embarrassing it would be if I lost my spot to someone else, and it was really messing with my mind and I felt like crumbling.

In fact I got so stressed out that I really lost my position in Sec 4 even before O-Levels ?

Anyway I think I randomly got reminded of this because I saw the big-mouthed classmate on my Twitter feed and that’s the most vivid memory associated with him.

Of course this doesn’t bother me anymore but it’s interesting how things that at one point seemed very important turn out to be meaningless after some time. Which is why now I like to ask myself if something will matter in a year’s time before reacting to it. Sometimes I think I might be too chill… but showing emotion also means risking being vulnerable.

And netizens should stop questioning my language la because while I know I’m not perfect, I won’t write something I am not sure about ? 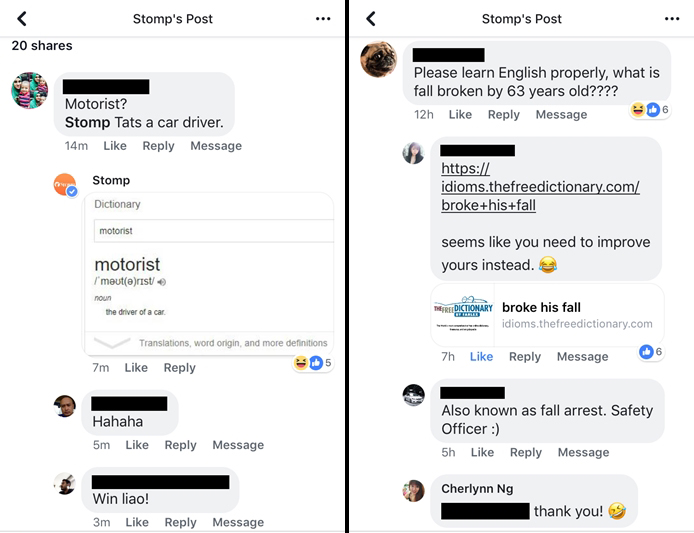 Actually I wrote something last weekend that I had considered posting and it has been sitting in my drafts ever since. It’s nearly 2,000 words and I even had a title ready (lol maybe I’m being dramatic).

But while I want to say it out, it is vvvv personal and will be quite possibly the most fucked up thing I have ever posted and I feel like no good will come out of sharing it and I don’t want to deal with any reaction at all, be it good or bad.

Maybe next time. After all, I’ve already waited so long.