To infinity and beyond

Went to celebrate Muz’s birthday last month, 19 July 🙂 still remember what a bitch school was that day with all the rushing for print and the crisis that only a few of us were dealing with, ugh. But at least night was better. Went to J8’s Manhattan Fish Market for dinner and then watched The Dark Knight Rises 😀

The night before, went to Somerset with Qiya and Mark to get his present ^^ even little trips like this make me happy. Mark said no shopping for me (how does he know about my reputation?) but it’s okay, Darilene wasn’t around. Ha!

The only picture I look decent in the whole day

Shared this seafood platter ($35.90) with Gerry and it comes with 2 soups and 1 salad 😀
It’s to die for… first time trying their platter and it’s a lot better than Fish & Co’s!

Basically they have everything in one platter in perfect portions, and I don’t feel sick or have to force myself to finish after awhile. Me gusta. So glad we ordered this ^^

Soup had bits of chicken/seafood in it. I even had a bit of salad although I hardly eat tomatoes and cucumber 😛 aiya I don’t like most vegetables okay. Carbs are my favourite. Or rice, to be precise. Cheese fries shared among everyone 🙂 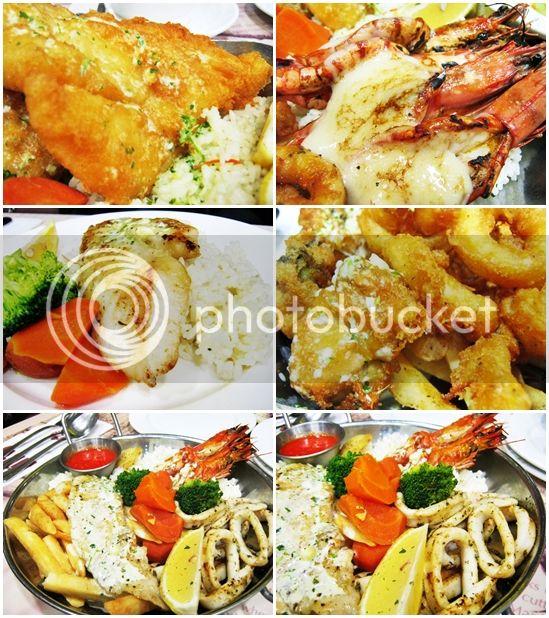 There were loads more food than these being 9 of us. Had a taste of this grilled fish in sauce though I don’t know what dish it was but it’s so yummy too! And sips of mocktails. Honestly I have been craving MFM ever since this. Hahaha we ordered so much till the bill was so hard to split! Damn service charge & GST.

Cinema tickets were booked in advance already so we ended up being late and missing the first few minutes of the movie. Hate it when that happens because my subconscious will not bother to focus anymore since I already missed out things 🙁 add fatigue from school into the equation and I ended up falling asleep from Batman helping Catwoman fight till the stadium scene.

Then during the last 30 minutes of the movie, my contact lenses fell out from one eye and I ended up squinting and covering one eye the whole time wtf. The thing is I still thought the movie was awesome so just imagine. Did watch the first 2 films in the trilogy at home then went to rewatch Dark Knight Rises in theatres again. Maybe a review of the trilogy some other time.

Always so tired whenever we go out after school but I really enjoy them all 🙂 the previous Thursday, went to J8 again with Gerry, Mark, Muz and Hariz with this rough plan in mind but we ended up visiting the library to while away time, then bought KFC back to Mark’s house and played Dance Central 😀 so fun!!