Went out with le babies on Valentine’s Day!!! Made plans quite awhile ago to watch The Vow but then… So I’m just gonna blame the cinemas and this wormhole for causing me to watch Chronicle instead :))) But nvm, one shit movie can’t daunt The Fantastic Four (I might be getting ahead of myself here). @ Plaza Sing~

What we were doing in the cinema: 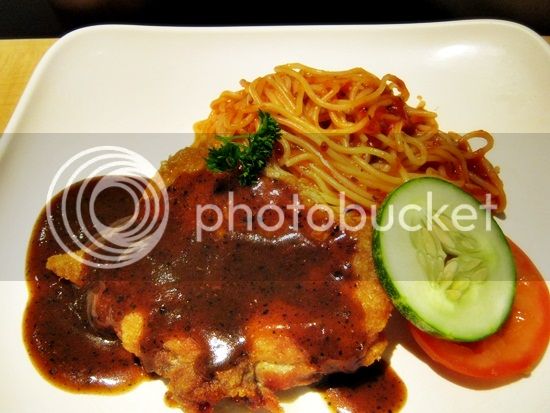 After the movie we went back for dessert –

Whole mountain of mango goodness and it’s so good I can’t even
From the ice cream, to the syrup, to the ice, to the jelly… AHHHH

Anw our mood was kinda meh by then already, mostly thanks to Chronicle. So we were all, “What should we do nowwww, don’t feel like doing anything” blah blah, but somehow we ended up being quite occupied for the rest of the evening/night.

Went into a bookstore –

Yeah I know, rarely see me in such a long dress hahahaha. I like it though 😀
Bought it quite awhile back but never got round to wearing it. $10 from FEP (belt not included)

Went to the toilet and took pictures –

Walked around and took more photos –

Went into Sasa where I asked Darilene to put eyeliner on me. It was so ticklish and my eyes were so sensitive that they eyes teared. Then I asked her if I would die if the eyeliner went inside my eye (I think what I meant was going blind but on reflex, I said die) and she gave me A Look, and so did the sales assistant. Bimbo moment.

Went to look for nail stuff – 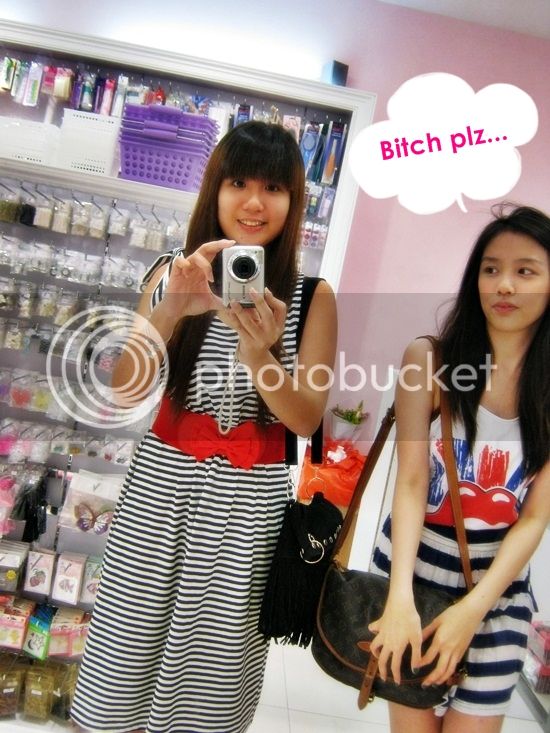 Looked at DVDs then went to get some noms. Takos, fries, green milk tea…
And then Darilene braided my hair – 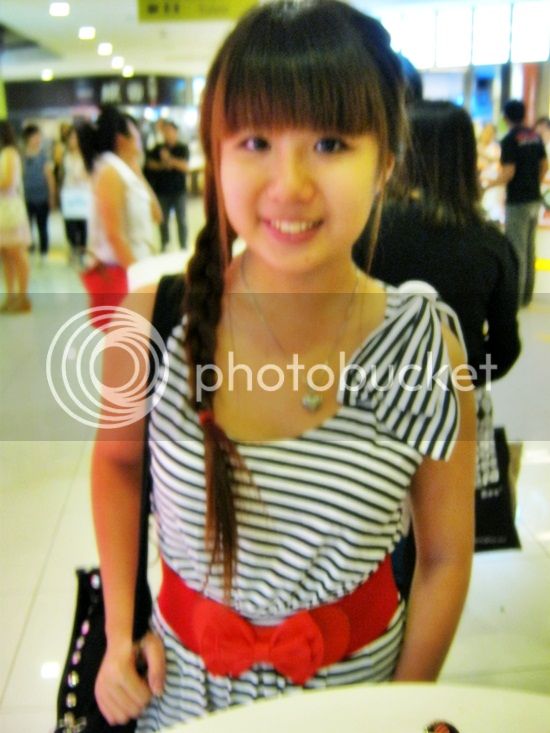 Went into another bookstore –

I felt very odd for the longest time because of the eyeliner #noob
Also, one person on Dailybooth (deleted my old account long ago and I stopped using the new one for the longest time) managed to guess that this was taken at Aldo just by looking at the following pic *not bad meme*

Such a good day. Free from school obligations and all, woohoo!
The following paragraph may make you gag, you have been warnedddd.

So when I reached home, my dad was in the living room and he went stuff like, “Wow who is this pretty girl, are you at the wrong house” blah blah and then he kept hollering at my mom, who was in the room. And my mom couldn’t hear him properly so she was like, “What? What’s going on???” and she said that she thought I got attacked or something from the way my dad was shouting -_-

Lol my dad is always super random. Another time when I just came back from somewhere, my mom said, “Your dad wants to see you” and I thought I was in trouble about my phone bill or something. So I went and in the end he just gave me the once-over and nodded. I think my mom told him that I dressed very nicely that day or something, but I can’t remember what day it was or what I wore anymore. Parentsss <3

I’ve been eyeing it for the longest time. Everytime I walked by the same outlet at Far East Plaza (it’s always on display in the middle…) I would stop, enter, pick up the shoes and look underneath for the price tag. And it’s always the same $49.90 and no way would I buy a pair of shoes at that price. But then now it’s only $19.90 (at every outlet ) so yessss! 😀 And they have it in my size so yay we are obviously meant to be. It’s so shiny that you can see a reflection.

Also bought something else but more of that in the next post!
I just counted and I have about 7 more outings with the babies to blog about hehe