They drown us out at sea

So many things happened the past few weeks, so many thoughts, I don’t even know where to begin!! Been working like the mad cow that isn’t me. Studying for a test on Monday, having the test on Tuesday, doing IP on Wednesday and Thursday, doing my articles and newspaper design from Thursday till Sunday wtf. But for now I’m just glad to have made it through in one piece 🙂

Rainbow spotted on Thursday! Was in dad’s taxi and it was in sight for a very long time 😀 feel as if it’s a sign for me telling me to hang in there and not give up. Because by then I was seriously feeling close to a mental breakdown ugh. Not even being dramatic. Maybe I’ll share it here sometime… but thankfully I’ve had a few lifesavers and this rainbow was one of them 🙂

Taken on 11/11 in school. I wanted a picture of Gerry’s shirt, it says “Love” in reflection but off reflection it says “Hate”. Cool right?! But the picture looks kinda wrong lololol. Was trying to move her hair and make the creases go away ._.

I woke up in the morning around 7.30am, saw that none of the babies were going for Bizlaw’s tutorial so I went back to sleep, ended up oversleeping till I missed Marketing and Bizlaw’s lecture too. MEH WTF 🙁 and then I still had to go back in the afternoon for Gims’s tutorial because I skipped too much before already {;_;} in the end he didn’t even take attendance!!!

We just proved this to be literally true 😀

Lifesaver #2 would be my three precious girls 🙂
Forever putting up with me and listening to my never-ending woes. I feel bad swearing in front of them because they are way more refined unlike me but sometimes I just get sooo angry over stuff and they don’t ever complain but just patiently listen. Or feel angry for me, but never AT me. The list goes on but in a nutshell, I really wouldn’t know what to do without them.

Me looking anything but natural LOL 🙁
Should be from the 9th on Wednesday during Marketing lecture if my memory doesn’t fail me.

Just wanted a decent pic of me, my necklace and my nails but I had to retake so many times -_-
Love my newly-painted nails!!! Darilene did them that morning 😀 Gims was on MC so tutorial was cancelled. Was still at home when the news first reached me but I was so happy that I went school early anyway hahahaha

Pastel shades look so good with polka dots. Even better than on my favourite hotpink!
Of course, credit goes to my very talented personal manicurist 😉

During group consultation with Ms Soo last week, she suddenly asked about my nails! I take it that she think it’s nice. Because she asked me how I got polka dots and when I explained, she replied, “So next time I want polka dots on my nails, I know to look for Darilene” 😀 and I felt an inexplicable sense of pride for my friend muahaha.

With le artist ~
The one pic I think I look ok in and she makes me censor her face. 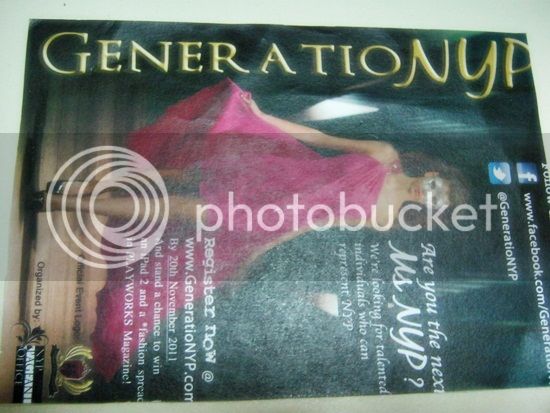 Was in the library earlier waiting for class to start and some guy came up to me and gave me this… at first I thought it was a survey so I just stretched my hand out expectantly but nooo. Then I looked around to see who else he gave it to (he didn’t just anyhow give out to anyone, so must check his standards lololol) and it didn’t seem like a lot of people have it. Whatever. Point is, I was quite flattered so I was happy the rest of the day. Okay some people are probably thinking I’m crazy or thick skinned but feeling flattered (or any positive) these days is just so rare that I must record down!!! Not as if I will join. Neverrrr.

The same day we were given forms to vote for people to be in the newly formed Media Club committee. I got shortlisted for “Student Liaison Officer” which I’d indicated interest in before. Mainly because I badly need CCA points plus its role sounded like my kind of thing (manage FB page, blog etc). So I asked people to vote for me -_-

Days later someone called and said I got nomimated for the position so I have to go for the election process on the 16th . Whereby I’ll have to make a one-minute speech in front of Year 1-3 media students. Hearing that, I emailed Ms Ang on the 15th to withdraw. Ugh can’t speak in public or introduce myself to save my life please. Plus at that time I really doubt I’d get it because I don’t know enough people to pull votes or speak well enough… how’s that for thickskinned?

But this set me thinking… why am I so sure that I’d “lose” before I had even tried? Will it kill me to just go and try? Why am I always like that? Why do I always have to focus on the bad things????
Lol I bring the word “loser” to a whole new depth.

The laksa from South Canteen that I’ve been raving about 😀
So many ingredients and such a big serving for only $3!!!! NOMS.
Friday is South Canteen day for the girls and I! Takos and green milk tea not in pic hehehe. Must reward ourselves for making it through a hard week! Love it when there are no extra classes so we can sit there for the longest time, eating and chatting 😀

Day got even better with mom cooking chilli crab for dindins!!!! 😀
Gosh I really love food………….. 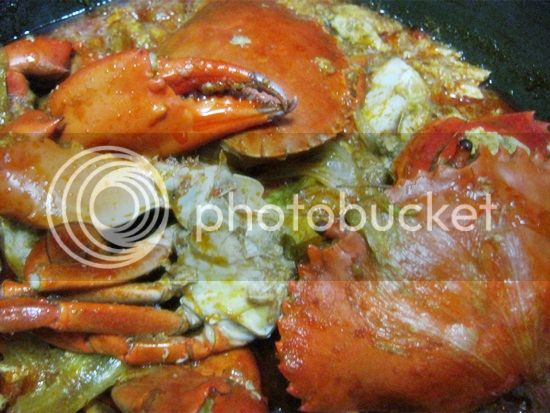 I would say that food/Tumblr/all others forms of leisure are lifesavers too but I interact with them daily sooo. I guess I’ll just say that they have a calming effect. Other “lifesavers” come in the most unexpected forms. One was the newspaper ICA, but that’s for a separate entry.

Another was actually Gims (surprise, surprise) who was in such a chirpy mood on Tuesday O_O not only was he not being a prick, but he was vvv nice when I asked for his help which saved me a lot of time and grief. And when we were walking to his office, he asked how things were in the genuine tone. I tend to get very… emotional (for lack of a better word) when people do that -_- the sincere kind, not the fake/small talk kind.

Well anyway in reflex, I just said, “Okay” which is what I usually tell people and he was like, “Okay?” which then gave me this strong urge to start raging about how everything actually really sucks and nothing is okay. But of course I said okay. What else would I say? Why would I say anything else?

Then he asked about my GPA which I said I’m not really happy with but he said it’s  “above average”. And you all know from my blog post last time how I feel about averages and being average so those 2 words really meant something to me. I complained about how it’s still not high enough because there are a lot of people who are way better. He replied, “Yeah high would be 3.X and above but yours is still above average” or something and now I have this crazy ass idea in my head to attain 3.X -_-
Goodness me… can I focus on the right thing for once?!?!?!

Oh and I’m supposed to have gotten a warning letter for his module (I counted) already but I didn’t 😀 I think it’s because he takes attendance only when he feels like it so phew. Don’t think I can handle getting a warning letter sent to my home and facing my parents’ wrath (a bit dramatic lol). Anw now I feel bad for all my bitching on here and Twitter. Let’s just hope his mood remains this chirpy!!

Okay this post is getting too lengthy so I’ll stop here for now.
Here’s a fail photo of me to make up for my angsty ramblings. Erm I tried to make my face smaller/eyes bigger in Photoshop with the liquify fuction aka the one thing I just can’t seem to get. But as I said before, the end result is me looking like a mutated fish.