If people were ships

First of all, I’m not gonna apologise for having feelings or being human or expressing these feelings. A very long time ago, I used to think my blog would always be all sunshine and rainbows and unicorns. That it would at least always be PG13 (errr I saw a lot of clicks on the xoJane article that I hyperlinked in the previous post but I was trying to make a point).

But life isn’t always happy or perfect and it’s because of the downs that we appreciate the ups. Life changes. I changed. Done a lot of shit. Been through shit. Stuff that made me who I am, stuff that’s part of me. I don’t want to pretend that those parts don’t exist or pretend to be someone that I’m not.

Secondly, I am fine, thank you very much, and even if I am not, I will not make sure not to repeat my mistake of confiding in people who aren’t long-time friends. Never again. The walls are back up. Just the way they should be.

Actually, my friends don’t even know half the things I’ve told him. Those were secrets that I held so close to my heart, and there I was, giving away parts of me, to someone who treated it all like it was nothing and left, just like that. It’s one of the things that I find hard to stomach. You think you know someone and they show you differently.

It even seeps into my work lol: 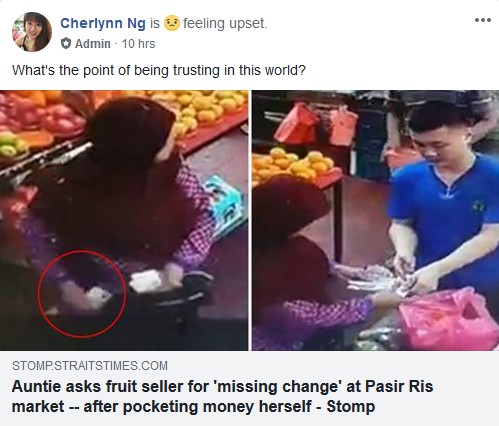 Not gonna lie… I do miss how we used to talk every day. All the banter and conversation and being on the same frequency. It’s very rare to come by but that’s what we had. I was like woah most guys bore me within the first few sentences but he can actually keep up.

I could share legit stuff to very inane crap like obsessing over my hamsters and telling him about people at work or showing him the comments that readers left on my articles or even sending a photo of a random bug in my room (now every time that “dumb bug” comes, I will think about this wtf)…

There were inside jokes and tipsy texts and shared secrets. I felt listened to, in a way no one before has made me feel. I won’t say it was all a lie but perhaps it was only an illusion.

When I compare the way he talked to me in June to how he talked to me before, I realised that I lost him quite awhile ago. And I won’t ask someone who wants to leave to stay.

I guess the suddenness is what really shakes me. I feel blindsided. Even though you know something isn’t going to last, even though it’s likely to go up in flames and you’re probably gonna get your hands burned, it never happens the way you imagine it.

With W, it was like being on a pirate ship. It looked so inviting and despite all sense and despite knowing you shouldn’t, you boarded it anyway. And wow, you’ve never felt this way before. There were many storms and the sea was always rocky, but the sunny days, rare as they were, made up for it all. You were seasick a lot but you ignored it. There were no secrets spilled either, because you always felt the need to be perfect and on your best behaviour, aware and afraid that this ship could leave you behind anytime.

Then came the shipwreck and you finally decided you had to save yourself, so you jumped overboard. Even though you struggled a lot in the sea, and there were times when you wanted to just let the waves swallow you whole, you eventually made it to shore. All by yourself. You didn’t think you would survive but you did. That’s what you are and that’s what you always do. You survive.

If anything, there was consistency in the inconsistency and toxicity. You always knew it was going to be a perilous voyage. And you got to make the decision of abandoning ship. So while it was hell of a journey, you can’t say you didn’t see everything coming.

With J, it was like boarding a well-equipped cruise ship with all the facilities you could need. The ship was calm and stable and reliable. But you never felt like the ship really ever understood you or what you wanted. Somehow you always felt alone and lonely despite everything that it offered.

You started keeping to yourself and staying in your cabin more and more. Because what was the point of all this finery if you felt no emotional attachment to it? In a way, you never felt right enough on this ship to allow yourself to be emotionally vulnerable. This ship didn’t know the real you and you aren’t sure whether it would be still as welcoming if it did.

You didn’t want to be anchored. You realised that someone else would be able to better appreciate the ship and all that it provided, that the ship deserved a better passenger. So you disembarked. It was a good run. You are finished with this part of the journey.

But this one, with K… I don’t wanna describe what it was like yet because it’s too soon, except that I truly feel like I got pushed off the ship when my back was turned. Two gusts of wind, the second stronger than the first, and suddenly there was limited space on the ship and I became a liability that he couldn’t cut loose fast enough.

The cold of the sea has jolted you awake and you are gasping to catch your breath, trying to remember the lessons you learned from the last time you were in the ocean. Even though it isn’t exactly the same thing, thank god for those lessons.

You know, all along I just wanted for them to care, for me to mean something. Whenever it all falls to pieces, I’m left wondering: Am I not enough? Am I asking for too much? But truth is, I was just asking the wrong people.

I’m gonna stick to walking for a bit.

Fun fact: I can’t cycle and I can’t drive. Actually I can’t swim either.