This entry is about Janine’s birthday celebration, which is where I went to before and after the Symposium 😀 Venue is at the function room of my auntie’s condo in Hougang. There was a buffet etc.

My cousin designed and made this all by herself! Very nice lor! 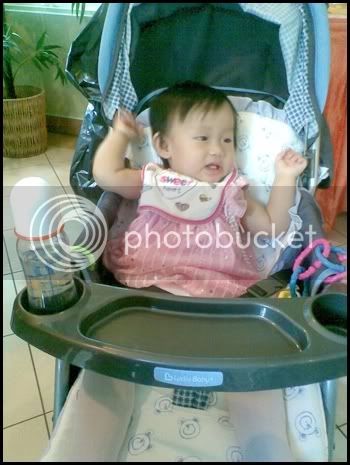 The star of the day

Hahaha waving around the red packet my mom gave her. So cute 😀

Someone said the ‘1’ is sugar and can eat, but actually that’s the candle i.e wax -_-

Mini balloons at the bottom!! 😀

And then came the time to cut the cake!
She was wearing those ballerina-type tights, so cuteeeee 😀 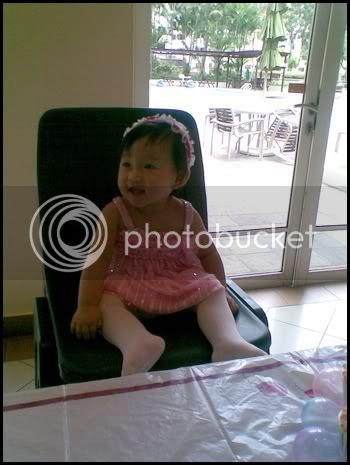 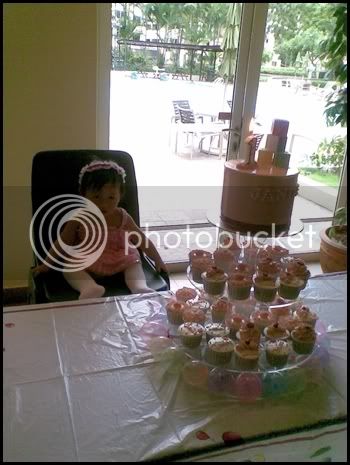 With mummy and daddy

Blowing out candle – she keep rubbing her little nose lol!

Some other random pics of me and people: 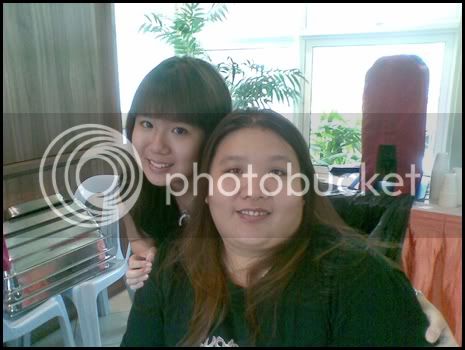 With cousin Jamie :DDDD love her!!!

With Priscilla, another favourite cousin :DDDDDDD

Hi everybody. It is me, Cherlynn the awesome blogger and all things fabulous.

Okay starting from now maybe a bit wordy because I wanna rant (and complain) about my transport woes. Plus no pictures.

I know I mentioned that my Dad will ferry me to and fro to the Symposium at SMU but then he fell sick that day. And he gave me $50 to take cab but I ish very nice, I returned the $50 note to him later and pay from my own pocket.

Priscilla drove me to Hougang MRT which I took to Dhoby Ghuat MRT. And here my woes began. I am not very familiar with town area, especially since at that time I was alone and had always been over-reliant on my Dad. Hahaha.

Had a bleeding hard time finding my way OUT of the bleeding MRT station because itself is so big and so many ways to walk out to different places. I did not get a C for Geography for nothing – I’d always hated map-reading. And when I looked at the locality map I didn’t get it either.

So anyhow walk and ask some for directions. Somehow walk out to Plaza Singapura and it was drizzling! >:( then asked another where I can take taxi and thenI walked somemore to the taxi stand. Waited awhile and this taxi came.

And because it is at taxi-stand, I cannot choose taxis. This particular one was driven by a female, and I felt ominous because  I do not trust female drivers. Honestly, let’s admit it. Generally men drive better and know their way about more than women.

My sexist theory despite being a female myself is proven right.

Wouldn’t you know it – I asked that stupid woman to take me to SMU School of Accountancy. But she don’t know the bleeding way! And asked if I got an address.

Like this still nevermind. But what really pissed me off is not only did she bring me to SMU School of Informatics Technology instead, when I ask her drive further down and find School of Accountacy, she refused! Just stayed stationary.

Ccb woman. If I know the way, what for I pay to take a cab?

And as a driver, shouldn’t it be your responsibility to take me to my specified destination??? Even if you don’t know the way, shouldn’t you like find some way (like call up your mates or go drive around and find) to bring me where I wanna go?

I AM A PAYING CUSTOMER OKAY!!!
I don’t fucking pay you for nothing!!!

So I paid her like $3.60 (base of $3 -_-), got out of her bleeding cab, and walked under the rain trying to find School of Accountacy by reading the signs etc. Luckily managed to reach my destination.

Going back to Hougang was nicer.

Exited SMU after the Symposium and somehow, I couldn’t make out which way I came from. So I anyhow walk, hoping to find a place where I can flag  cab. Somehow managed to find a taxi stand and there was already a taxi there.

It’s driven by a male driver but I feel ominous again because the taxi is the large kind. And I thought it will be more expensive. But surprisingly, the base fare was only $2.80, cheaper than just now lor!!!

Asked him to take me anywhere near Dhoby Ghuat MRT and not only did he point out to me where the MRT was and how to walk (cannot stop directly in front of the MRT because no parking or whatever)…. He also deducted 20 cents from my fare!! The actual fare was $4.20 (one dollar extra because of ERP, and after deducting this $1, also cheaper than the woman taxi!!!!) but he charged me only $4.

Anw, went back to the Condo and I played Mahjong. The money I won probably covered all of my transport fees and still got extra ^-^ Hahahahah the 3 of them all lose to me, I’m the only winner! 😀 lucky lucky.

Played awhile only though, because everyone else never win then sian sian -_-
Then blahblahblah forget what else but reached home at around 11pm.

Btw while I was at the symposium, the baby (one years old still considered baby or not huh?) went swimming and my brother was her coach! LOL sounds so funnn.

I got more pictures also, and also the swimming pictures (super cute, she in the float!!) but it’s in the camera and I’m lazy 😀

0 Replies to “Beforemath & Aftermath of Symposium”