What you said versus what you meant

I feel very, very hurt. I have not felt this hurt in a very long time because people don’t usually get close enough to have that power. Because look what happened when I let someone in. And it’s even rarer for me to admit that I am hurt.

I let my guard down and allowed myself to feel, stupidly thinking that it was okay to. I forgot all my self-imposed rules and got emotionally invested. In fact, I am really fucking stupid because I can write this news article and yet not listen to myself. What a joke. 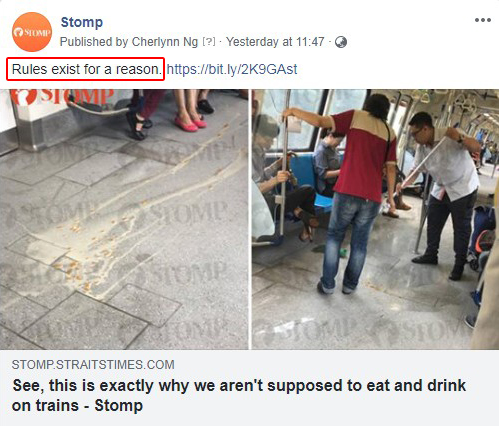 I only had two rules for myself and I broke them both. One of them was to not catch feelings. I’m not going to deny that I did. At the beginning, I made myself suppress it anytime I felt anything. But then you led me to believe that you had feelings too, that you felt the same, that it was okay to feel.

So I stopped fighting it and allowed myself to feel the way I did. I became vulnerable. I gave you the power to hurt me. And you did.

I didn’t realise your feelings were seasonal and depended on circumstances and that they could be taken back when it didn’t suit you anymore. It turned out everything you said was only half complete. I missed the fine print.

Why tell me all these just to end up tossing me aside the moment things went south?

Why encourage my feelings by telling me that you felt happy and honoured that I tweeted about you, if you were gonna turn on me at the first sign of trouble?

Why try to get my attention for two years, let me spill secrets that I’ve never told anyone, only to make me feel so worthless and stupid after four months?

I struggle to understand many things.

I don’t understand why I was given something that brought me some degree of happiness, only to have it taken away from me so abruptly.

I don’t understand why it was okay for you to take almost 24 hours for you to reply after I told you how I felt, while I was only given half a day before I had the choice taken away from me because you deleted me.

Your text was the very first thing that greeted me when I woke up. There was no warning. It felt like the final stab after a series of blows. Strangely enough, the most painful part of the entire message was its first two words, “very well”.

It sounded so final. Like I was a spoiled brat whom you had given up on. Like you couldn’t wait to be rid of me. Like it was what you had been waiting for. Like my silence liberated you from me because you could always say that I was the one who stopped replying.

I don’t understand what I’m supposed to reply, when nearly every text from you over the last few weeks has felt like a punch to the gut. When all I feel radiating from my screen is condescension and reproach and resentment, even if you say that’s not your intention.

Even when I repeatedly told you how bad your words made me feel, how many times I said I was sorry, it didn’t stop you. I had no problem if you wanted someone to talk to, but I felt like you kept me around just so you could have someone to vent on.

When you say things like you made a mistake, you learnt your lesson, your life feels like it committed suicide, you will never be the same again, you regret taking what you had for granted… And knowing that I made you feel all these… just what am I supposed to reply?

You said you had enough on your plate. So I removed myself from your plate by not replying. But you took it a step further by removing me from your life completely.

And before anyone plays the ‘you knew what you were getting into’ card or the ‘what did you expect’ card, please read this in its entirety.

Truth be told, I feel like I’ve had the wind knocked out of me. Because while I’ve imagined many outcomes, even after everything the past few weeks, you turning your back on me, without even knowing whether I’m fine, was the last thing I’d expected.

But in a way, thank you for an illuminating lesson. Because if you could delete me from your life so easily, I – and everything we shared – must not have meant very much to you at all.

me acting surprised after getting played when I already knew what i was getting myself into https://t.co/hMA6592yBG