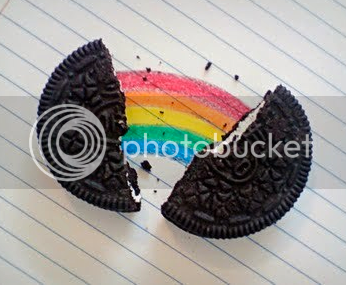 Not much actually since it’s just the first week – honeymoon period ._.

Okay honestly I’d forgotten what I wanted to blog about. Ughrrrr so many entries behind~~! Nevermind. Slowly slowly 😀 okay I have 91 pictures from Orientation ohmygoodness. Hehehehe.

Anw, today only had lessons for less than 2 hours. Started at noon. Before that, met up with like half the class and we all had lunch together. There are 28 people in my class if I’m not wrong. Got one exotic specimen from Korea and I mean that in a nice way :}

After that, went to the library to hang out with Jasmine, Geraldine, Darilene (omg a lot of similar sounding names in my class – add me inside is Cherlynn. We make people super confused HAHAHA), Judith and Dian after that. 6 of us!

There was a cafe inside and I had mocha frappucino but nothing beats Starbucks still and I’m not the only one that thinks so. ♥ Like duh, the price makes a difference?!

Darilene’s dark chocolate frappe and my mocha. We haven’t touched it yet – I jealous her overflowing whipped cream cannnn.

We were there for around 2 hours odd I think. Went two separate ways after that. I went to check out the laptop roadshow {?} at the atrium with Geraldine and Jasmine because they haven’t bought theirs.

This strange guy from Acer came up and gave us brochures. And he said to me, supposedly referring to my C necklace, “Your C very big” in Chinese and I went huhhhhh? He repeated it like 3 times -_- I think I just gave him a weird look. Don’t understand what he saying.

It’s one of the weirdest thing people have ever said to me. Wth is that supposed to mean anw? Do you normally go tell strangers that their necklace very big? Which normal person will describe a necklace as “big”? And if you have seen me wearing that necklace before, you’d realised that it’s not even big in the first place. Just normal-ish.

Creepy. But whatever.
Geraldine and Jasmine seem to find it funny but I can’t remember what exactly they said already.

When we went home, it started to rain.
I used the Acer brochure to shelter myself as I walked home from the MRT station ^-^ Hahahaha.

0 Replies to “First day of school!”