Am I oversensitive or is my deliveryman a creep?

This happened at around 4pm+ today when I was home alone. I had just stepped into the bathroom and turned on the shower when the doorbell rang. I opened the door in only a towel (hindsight is 20/20) and it was a deliveryman. I later found the whole encounter very bizarre and am therefore dissecting it here.

In normal circumstances, most deliverymen would just hand over the item and go because they are often rushing, right? Due to Covid-19, most of the deliverymen coming to my house have been rushing even more and doing contactless. When I open the door nowadays, they would usually already be in the middle of walking off, only turning back to point at the item that they have left on a stool at my doorstep. Not that I mind, just sharing an observation. 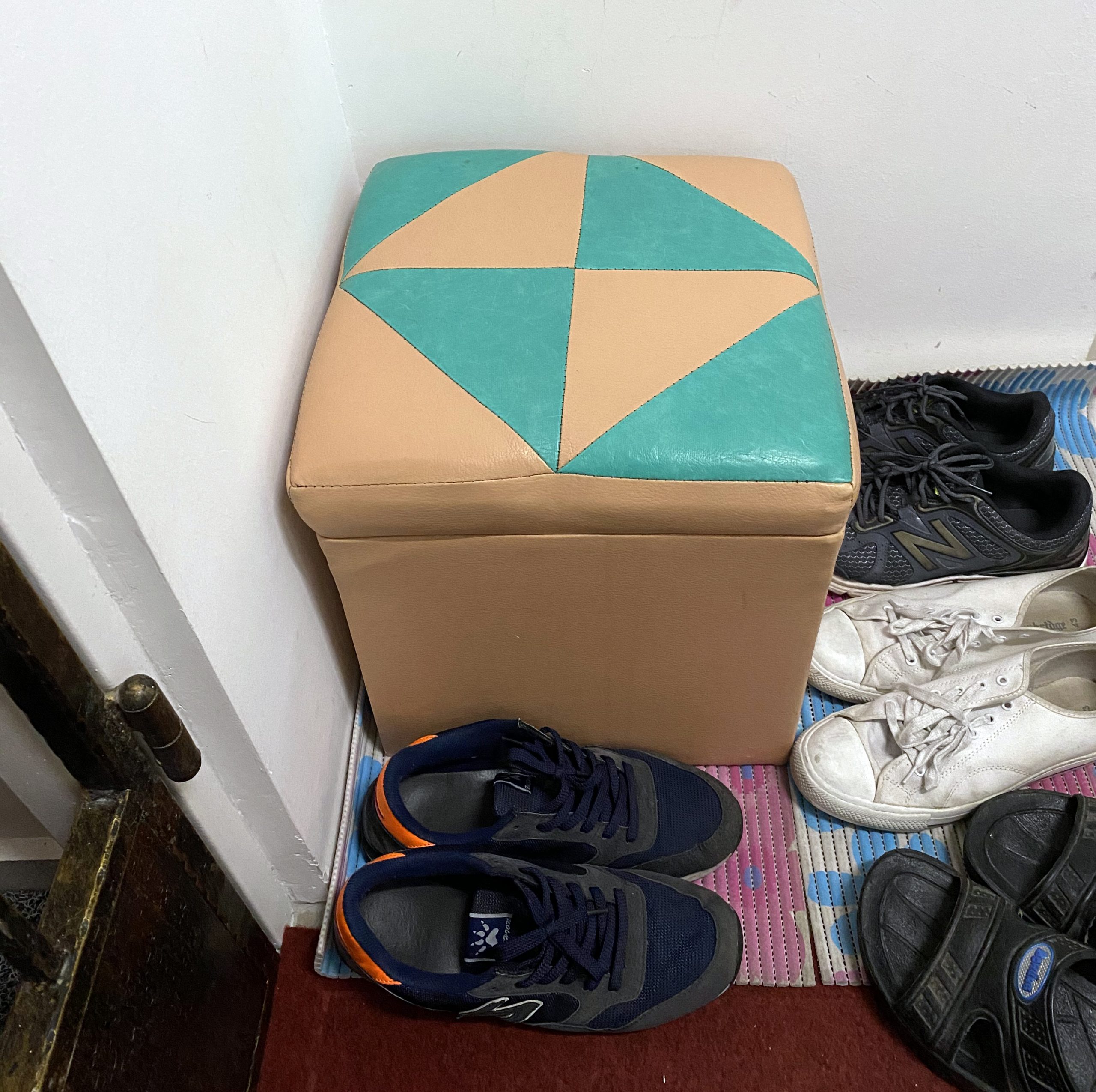 (Deliverymen usually leave the items on this stool)

Today’s deliveryman refused to hand over my item and leave, however. The more I think about it afterwards, the more I think his behaviour was not normal.

For context, the guy is from GoGoVan. No restaurants or anyone else involved as the item was a cake and cookies that Farah lovingly baked for me. I did not know any of this until after the incident.

I am expecting judgement about why did I do this or why did I not do that, but here’s my perspective.

◙ I thought it might be a shopping delivery, though I was not expecting anything today.

◙ I thought it would be quick; I could just hide behind the door and sign off the order.

◙ I dried my feet and wrapped a towel around myself to open the door.

◙ It was a deliveryman holding a paper bag.

I was initially confused as I did not order any food, so I conversed with him. After awhile it occurred to me that someone might have wanted to surprise me with food, but still he refused to pass me the item and go away.

There’s a CCTV camera at my door and here’s what transpired:

◙ Even before I said anything, he asked: “Did you order something?”

◙ Which come to think of it, is a very odd thing to say (refer to my above observation).

◙ People have been using delivery services to send gifts to their friends due to Covid-19, I am sure this is not news for any deliveryman, but why he is acting so bewildered?

◙ Why keep asking me if this is “129C” if I already said yes the first time?

◙ Why need to call the sender and ask who ordered it and who the order is for?

◙ He was damn long-winded on the phone as you can see and I think it’s on purpose.

◙ When the sender said the item was for Cherlynn, and I said I am Cherlynn, he still continued to act blur and kept talking and asking. Any deliveryman, no matter how new to the job, would know by now it’s a surprise gift and hand over the item.

◙ Writing this now, I feel that he knew the item was meant to be a surprise gift from the start. Especially if you think about how he must have collected the item from Farah.

◙ You can hear my voice of recognition of “Orhhhh” when he said the item was from Farah – why couldn’t he have told me her name from the start instead of all the back and forth???

◙ During this whole time, I had one hand holding on to my towel, one leg keeping my door open (it’s the heavy kind that will close on its own and I don’t have a door stopper). My other hand was periodically reaching out for the paper bag but he refused to hand it over.

◙ I thought it was because he needed to verify properly and make sure the item was delivered to the right person, but in the end I did not even have to sign anything.

◙ There was a note from Farah inside the bag so I would have known who it was from eventually, if he had just handed it over.

Even after he left, I did not think much about it. I thought he was just doing his job. But after awhile I realised that he was perving cos of my towel. Then I wondered if I was being paranoid and oversensitive.

But the more I thought about it, the more everything clicked into place. Some of the points here only occurred to me as I was writing this.

Anyway I am okay (which is why I am able to share this in such detail here) and I love the surprise (thank you, Farah!!!). Farah offered to report him but I said no need. I am just amazed that got this kind of people doing this kind of thing???

How does the deliveryman even find this remotely shiok? Was he hoping that I would drop the towel? Ha.